There are some things that I *know* I need to do… for myself, for my family, for my business, and for my employees. And you know what? I don’t want to do them.

Because they scare the living SHIT out of me.

For years, I’ve been inherently living my live by the “give a shit” principle, which states (loosely) that so long as you are clear on your true north and you know what’s really important to you, there is absolutely NO need to give a shit about pretty much anything, so long as it gets you where you need to go (and that you stick to your moral compass, of course).

A couple of months ago, a close friend and colleague of mine started doing Facebook Lives, and she was scared shitless about it. To her credit, she just puckered up her butt cheeks, marched ahead, and made it happen… and you know what? She’s freaking awesome at them now. When I asked her how she did it, she told me about her “give a shit” principle, which is that she simply didn’t give a shit as to whether anybody thought she looked stupid to not.

In fact, looking stupid probably made her more watchable. Who knows?

Around the same time, another friend and colleague of mind was urging me to do Facebook Lives as well, and I was coming up with some lame excuse as to why “it wouldn’t work for me” (which is total crap). And she said something to me so poignant that I actually dropped it into a text editor, highlighted it and made an Instagram post of it so I wouldn’t forget it… she told me to repeat over and over again this mantra: “I will not let fear and vanity be a roadblock to service.”

In other words, I needed to stop giving a shit.

It is INCUMBENT upon EACH of us to let our voice be heard.

So, stop giving a shit about what anybody thinks. Bring your magic, and make it happen. 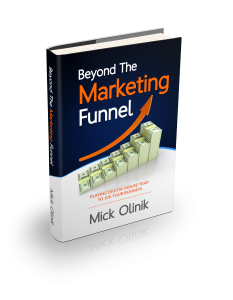 
Warning: count(): Parameter must be an array or an object that implements Countable in /srv/users/serverpilot/apps/mickolinik/public/wp-content/plugins/testimonials-by-woothemes/classes/class-woothemes-widget-testimonials.php on line 87

Warning: count(): Parameter must be an array or an object that implements Countable in /srv/users/serverpilot/apps/mickolinik/public/wp-content/plugins/testimonials-by-woothemes/classes/class-woothemes-widget-testimonials.php on line 88

Warning: count(): Parameter must be an array or an object that implements Countable in /srv/users/serverpilot/apps/mickolinik/public/wp-content/plugins/testimonials-by-woothemes/classes/class-woothemes-widget-testimonials.php on line 89

Warning: count(): Parameter must be an array or an object that implements Countable in /srv/users/serverpilot/apps/mickolinik/public/wp-content/plugins/testimonials-by-woothemes/classes/class-woothemes-widget-testimonials.php on line 90

Mick and his ream really are RockStars! Mick has gone way beyond any past web design/development team and has made our business run much more smoothly!